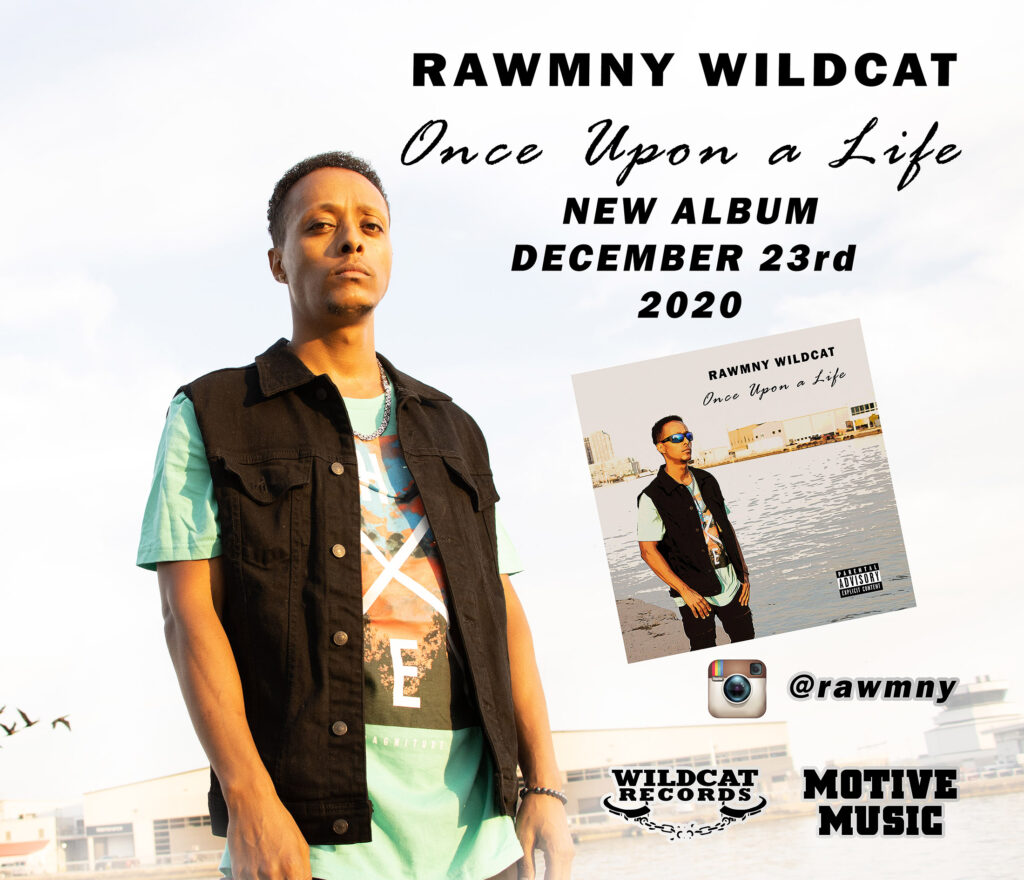 Rawmny Wildcat (pronouced Raw Money Wildcat) delivers a mix influenced by Soul, 90s Hip-Hop and as well as music from his native land. Rawmny began recording during his school years in Montreal, where he grew up after relocating from Ethiopia. As he taps into a creative zone, he spits out heartfelt classics that paint a picture of where he’s coming from. On top of song-writing, he is also gifted with the skills to produce hits in the studio. Very often, he collaborates with his production partner Nabsolut, who has a special touch on beat composition. Legacy from Nature of the Beast album is one good example, which has garnered listenership from dedicated fans world-wide. Rawmny has teamed up with Toronto indie label Motive Music Canada to release his new album Once Upon a Life, due for release December 23rd 2020.

Rawmny – formerly known as Rasselas – grew up in a household where his family enjoyed all types of music. His world experience at a young age resulted in excellent communication skills, which is apparent in his lyrical delivery. Influenced by many great artists he grew up listening to, Rawmny began recording during his school years in Montreal. He used to listen to the radio all the time to stay in the know of the local music scene. While he was still in high-school, his love for music led him to visit the radio stations in his city to meet the radio station DJs. They took him under their wing and allowed him to freestyle on their shows. He also used to call the station to freestyle over the phone.

Soon after, he got introduced to an indie-label called Homegrown Records and was inspired to make his own beats. Rasselas quickly learned to take charge of the production and started producing beats not only for his own songs but for the entire Homegrown roster.

In 2017, Rawmny made his movie debut on his role in Two Ways to Heaven, a movie produced by Toronto based TereTeret Productions. The movie beautifully depicts the challenges faced by young immigrants trying to settle in the West in search of opportunities to build a better life. We can expect many more music and movie roles for this young talent as his prominence in the entertainment scene continues to grow.